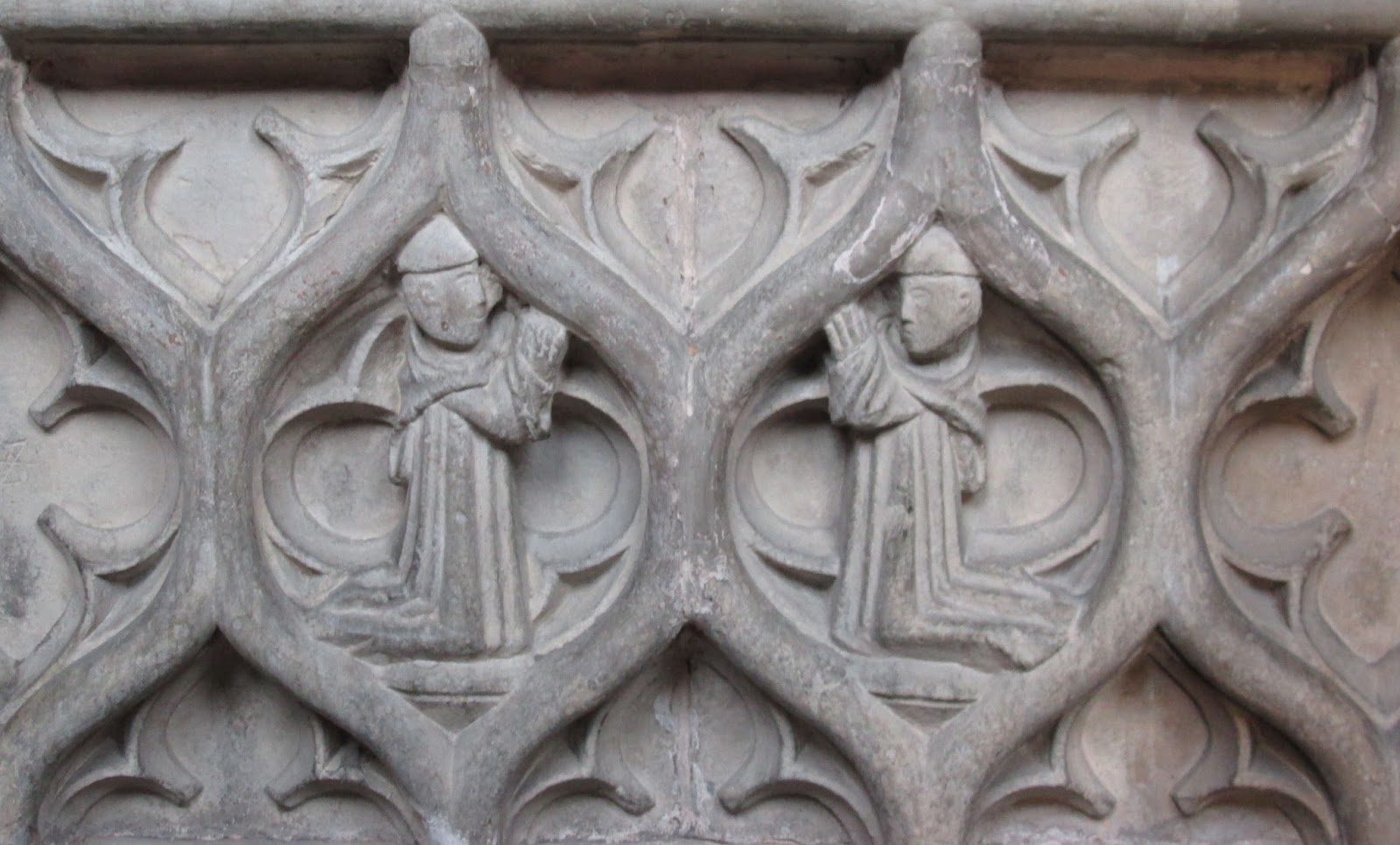 The Scottish Genealogy Network’s latest get-together was a visit to Paisley on Friday 5th December.  SGN member Jack Davis had organised a morning tour of Paisley Abbey, followed by the afternoon at the Heritage Centre in Paisley Central Library.  Around eight members managed along on a cold winter’s day, but certainly got a warm welcome from the Buddies.

First off, David Rowand and Jim Smith of Renfrewshire Family History Society introduced the group to the resources that the FHS has within Paisley Abbey.  Their two small rooms (one up a spiral staircase and along an unbelievably narrow medieval corridor) contain a wealth of material for family history research – including microfilm of OPRs and censuses; reference books; old photographs; journals of their own and other FHSs; a transcription of passport applications made in Glasgow from the 19th and early 20th centuries; bombing maps of Paisley showing damage done to the town during WW2; and what’s known as the “Register of Bookings for the Burgh of Paisley”, which is similar to the Register of Sasines.  Jim Smith is researching the Paisley fallen of WW1, and hopes to have this published next year; David Rowand (known as “Mr Paisley”) is the author of a number of books about the town, and fount of many stories. 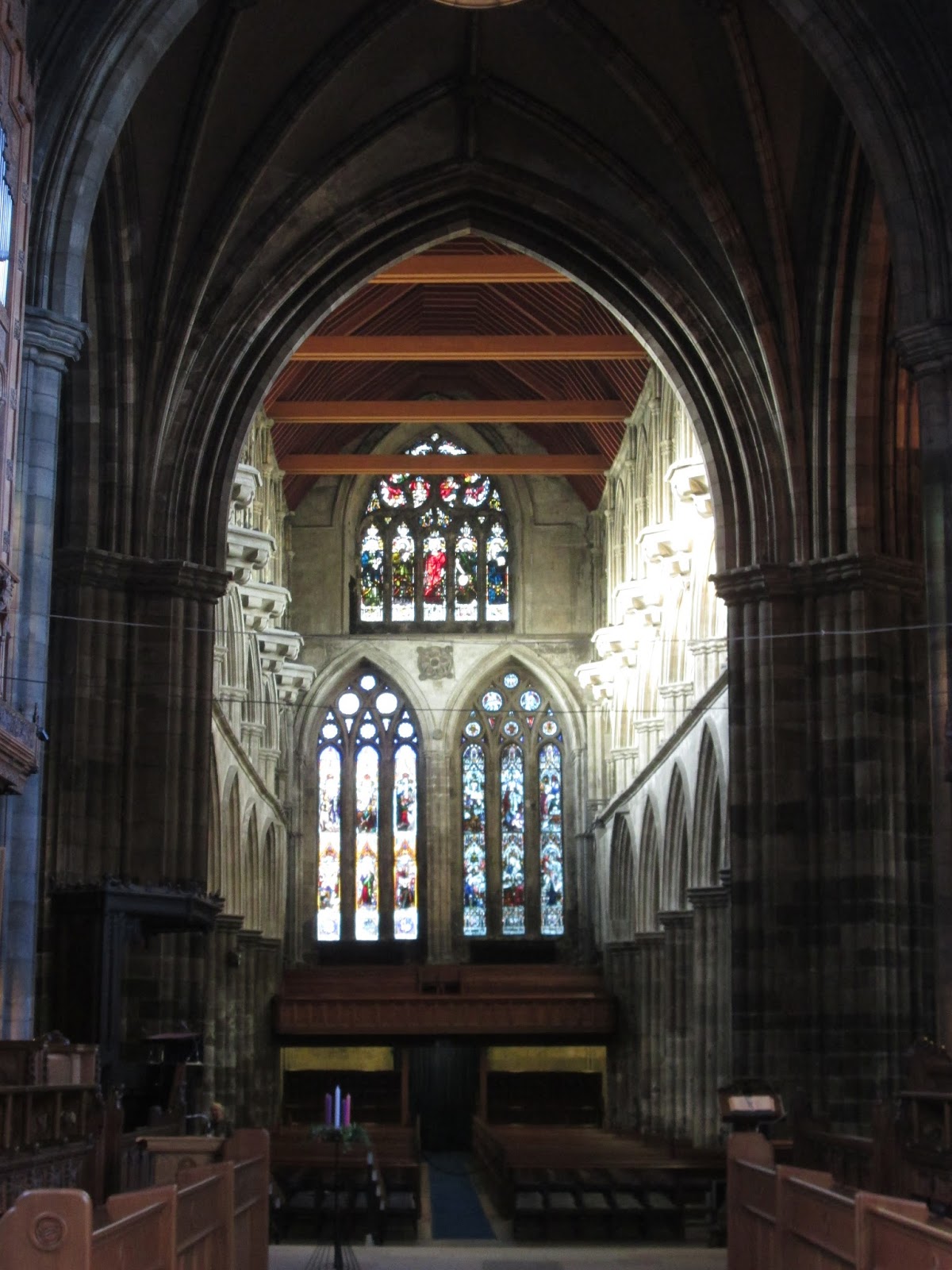 We were then joined by Dr Gilbert Shaw, who gave us a potted history of the Abbey, which was founded as a priory in 1163 by Walter Fitzalan, High Steward of Scotland.  It was one of only three Cluniac monasteries in Scotland and monks came to it from Wenlock in Shropshire.  Surprisingly, for 50 years after the Reformation in 1560, Catholic services still took place in St Mirin’s Chapel within the Abbey, while the Church of Scotland occupied the rest of the building.

The Abbey had strong connections with Robert the Bruce (who received Papal Absolution there for his murder of the Red Comyn) and with the Stewart kings of Scotland.

Over the centuries, parts of the Abbey were damaged or destroyed, and some of the rebuilding took place before and after WW1, despite its ancient appearance.

After a tasty lunch in the lovely Ta Ta Bella’s cafe (the name leads to another interesting story!), we crossed the road to the Heritage Centre, which shares a building with both the Central Library and Paisley Museum.

David Weir and his staff had brought out lots of interesting archive material for us to see, including examples of the exceptionally good Poor Law Records, which start in 1839; some of the 46 handwritten volumes of the Cairn of Lochwinnoch (a local history covering everything from family trees to wildlife, news and gossip compiled between 1827 and 1854); some of the vast collection of newspapers, including the Glasgow Journal which goes back to 1755, as well as the Paisley Advertiser, Paisley Herald, Paisley and Renfrewshire Gazette and Paisley Daily Express.  There are indexes available, a number of them handwritten. 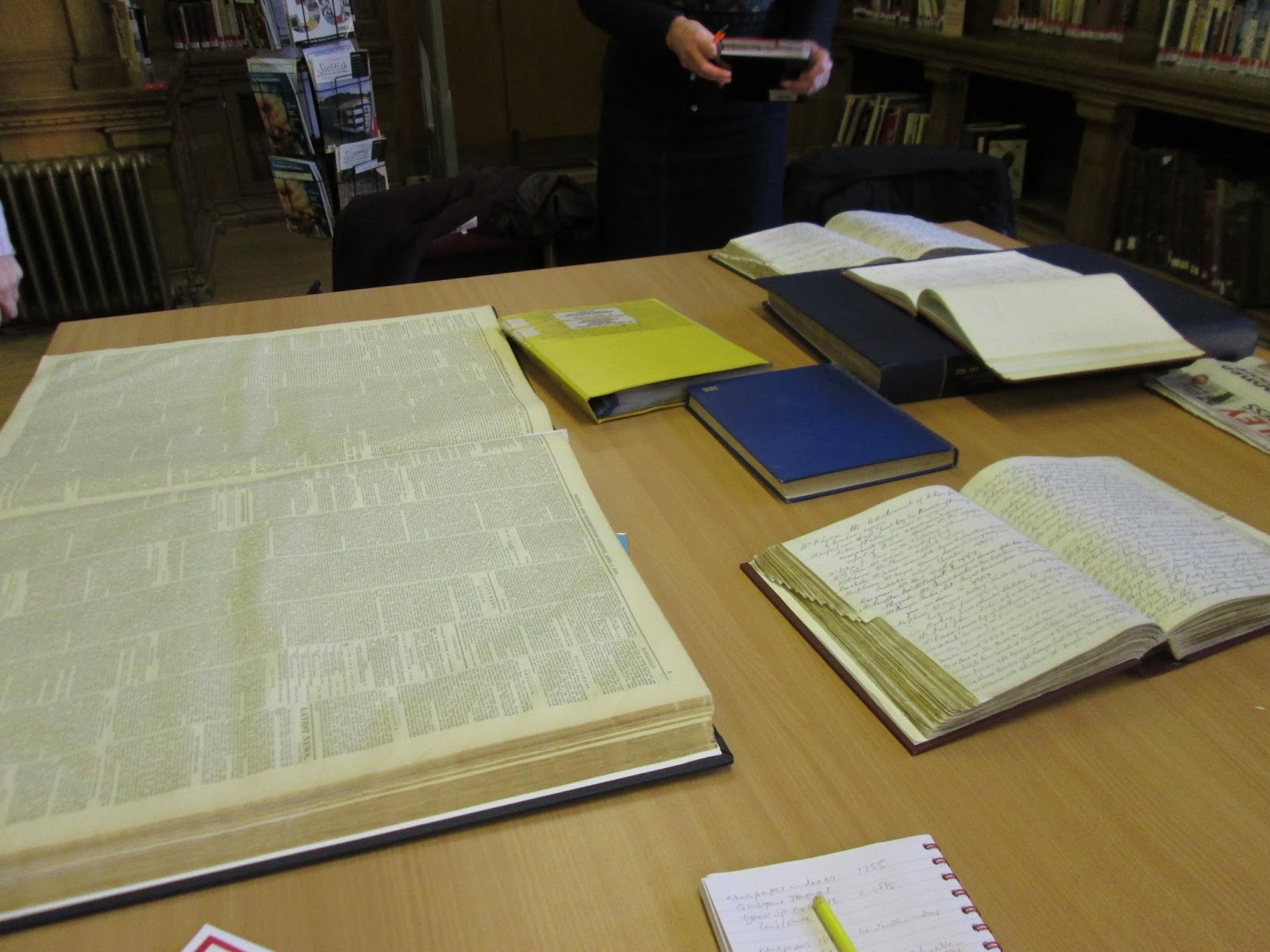 We were fascinated by a set of registers from what was known as the “half time school” – a school for children who worked in Paisley’s thread mills, but also received education.  These registers record the name of the child, birth date, address, names of both parents (including maiden name of mother), date of starting employment, the signature of a surgeon who certified they were fit to work, and – written in the margin – the name of the “shed” the child was working in.  The registers were dated 1880-99, and seemed to contain only the names of girls, average age around 11 years.
As well as its thread mills, Paisley was of course famous for its weavers, and in particular its Paisley shawls, and we were lucky in having Curator of Textiles Dan Coughlan guide us around the shawl gallery and explain the origins of these garments (and indeed works of art!). 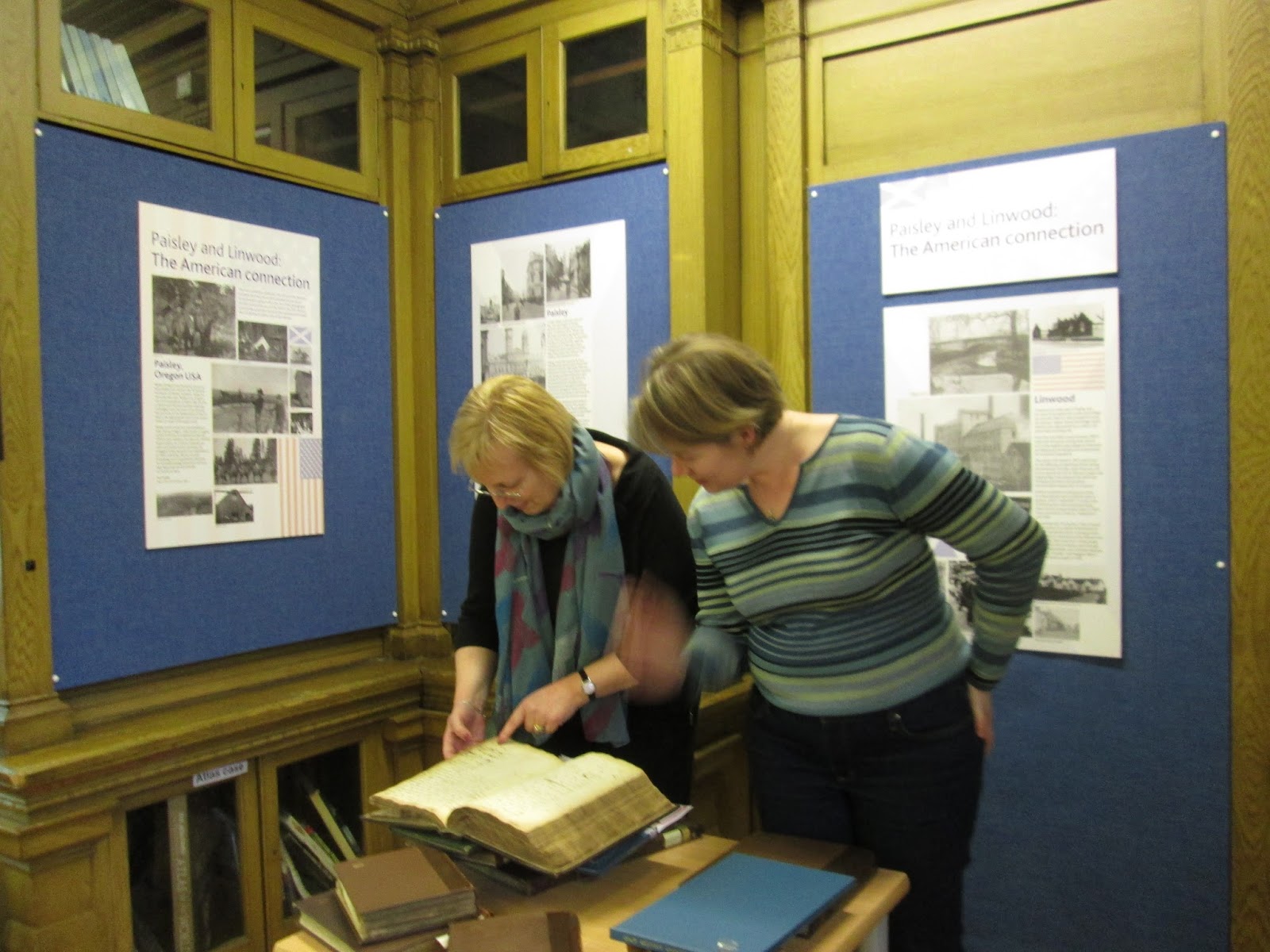 Silk weaving had begun in the town in 1759, and the Paisley weavers soon became more successful than the famous silk weavers of Spitalfields.  They then pioneered cotton manufacturing, and moved into the shawl trade in the early years of the 19th century.  Shawls were popular garments at that time, and they started weaving what were known as “imitation Indian shawls” – the real Indian shawls being so time-consuming to make that they cost the same as a small London house.

The shawl gallery has a selection of wonderful woven and printed shawls, with displays on how they were worn with the changing fashions of the day.  Dan also showed us some of the looms and other weaving machinery that he has managed to rescue, including a machine for making the punched-hole cards that the weavers used as patterns - it’s amazing to think that one Paisley shawl could require up to 50,000 punched cards.

Paisley has a lot to offer the family historian, and a number of SGN members are keen to return to the town to start digging into these great archives.  A big thank you to all who made the day so interesting and enjoyable.