Yesterday saw the second Continuous Professional Development day for members of the Scottish Genealogy Network, once again hosted at the University of Stirling Management Centre at Bridge of Allan. On our first CPD day in April we had a fantastic event that saw eighteen fearless souls gather together in essence to learn from each other about various topics, both in terms of genealogical learning and professional development (see http://scottishgenealogynetwork.blogspot.co.uk/2013/04/scottish-genealogy-networks-first-cpd.html). Those who attended went home buzzing with excitement. How could that be beaten? 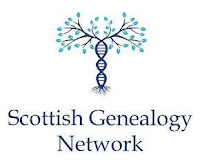 Well yesterday, news of our first CPD day, along with a continued growth in membership over the last few months, saw some twenty seven Scottish based genies attend the follow up event. The room was BUZZING! As with our first day, there were a variety of speakers and group discussions.

First up was a talk from Chris Halliday (of the Family History Centre at Highland Archives) on researching railway ancestors, which included a background to the growth of the railway industry in Scotland, and a description of the various records and resources available that can help with research of those who worked in stations, on the trains themselves, and in other capacities. Chris described a range of sources held both online and at archives in Edinburgh and Aberdeen, as well as the structure of the five big railway companies of Scotland, and flagged up useful literature on their development and on how to research them.

Next up was Tahitia McCabe, recently appointed as Knowledge Exchange Fellow at the University of Strathclyde's Genealogical Studies department, who gave an informative and thorough description on copyright legislation in the United Kingdom, as it applies to those carrying out genealogical research on a professional basis. In particular she noted the differences between copyright and terms and conditions, and copyright and 'copywrong'! An interesting point was raised by one of our members about the use of ScotlandsPeople material with client reports, and various other online resource providers were also discussed. At times copyright can be a grey area, but this talk thankfully shone a lot of light on a subject that many members had specifically wished to have clarified.

After a short coffee break Lorna Kinnaird of the Guild of One Name Studies provided a useful overview of her work in the south of the Scotland on behalf of the Guild, and on the Guild in general. The organisation's members manage worldwide studies on individual surname and their variants, to establish as many occurrences of the name as possible from a variety of records, with a view of trying to build up a history of the migration and origins of those with a common name. Some names are more rare than others - indeed, Lorna mentioned that her own surname of study, Muat, is extremely rare today. Membership benefits of the guild were also explained for those potentially interested to sign up.

There then followed an interesting half hour workshop where members split into groups to discuss ancestral tourism, in what was certainly one of the more animated sessions of the day, reflecting the various backgrounds that we all come from in the group. For those who specifically work in ancestral tourism, the area was defined by one as 'bespoke', with many interesting opportunities ahead for Homecoming 2014 and the theme years after, whilst the feelings of some genies was that the Government was more interested in discussing tourism, than ancestral tourism, and a feeling that preparations for Homecoming seemed to be rather late in the day. The Irish experience from this year's Gathering event, using reverse genealogy initiatives to establish community connections to the diaspora, was cited as one possible example of how to connect more with overseas residents on an 'ancestral' theme than what seems to be happening in Scotland, which seems to be more catered towards bed and breakfast owners, golf courses, castles and whisky. Some ancestral initiatives were praised in Scotland, notably in Angus and in the north east, as well as the forthcoming SAFHS conference and the next Lanarkshire FHS event in Motherwell, whilst the perspectives of individual professional genealogists reflected a mix of opinion - some felt there was an opportunity to still engage with Homecoming, some felt the onus was on genealogists to target the diaspora if they wished to tap into the ancestral tourism area, whilst others questioned whether Homecoming would really make any difference at all, citing experience from the last event in 2009. A lively session to end on before lunch!

After a half hour soup and a sandwich stop, genealogist Chris Paton gave a talk on the rapidly changing world of Irish family history research, both in terms of online records availability (particularly with many major initiatives happening soon before Christmas) and an overview of the recently opened Public Record Office of Northern Ireland building. He mentioned that although PRONI is based in Northern Ireland, it is actually cheaper for him at present to get to Belfast from Ayrshire to do research than it is to get to Edinburgh by train, thanks to the convenience of access by ferry from Cairnryan to Belfast at only £5 per day return trip. In later discussions on future SGN meetings, members decided that PRONI should be added to the list of future archive visits, something we hope now to try to organise for the middle of next year.

The final talk given was by genealogist Judith Russell, and concerned Scottish Poor Law resources for genealogists. Judith provided a brief overview of the old poor law prior to 1845 and the new poor law after, and the various records available both in terms of those who applied for relief, and those who managed the system prior to 1948 and the advent of the NHS. The records available for research not only include the applications for poor relief (indoor and outdoor), but also published journals, parish council records and more. Also discussed were poor law returns of folk to Ireland and England who did not have the legal right of settlement, and whose applications were refused.

After another break members discussed recent experiences, including the Exodus conference in England recently organised by the Halsted Trust, which several members attended, and then planned a prospective programme for future meetings (this blog will be updated soon with details).

One of the key developments from the day was the appointment of a secretary for the SGN for the first time. For the last 18 months the group has been informally steered both online via Twitter and LinkedIn and by email, but it was felt that now that we are growing bigger that a rotating post of secretary was perhaps now needed. We are therefore delighted to announce that Borders based genealogist Emma Maxwell has kindly agreed to take up the position for the next few months, and she will now be the main point of contact for anyone wishing to come along to future meetings or to raise any SGN queries (see the About tab for contact details for SGN enquiries). Once again a few drinkies ended yet another successful day at a local hostelry in Bridge of Allan.

The Scottish Genealogy Network is about Scotland's professional genealogy community (including genealogists, FHSs, higher education etc) sharing best practice, pushing themselves to be better at what we do, to not be complacent about what we already know, and creating a community of like-minded folk who believe that the best way to achieve such goals is to just go for it. If you work professionally within the industry and would like to come along, drop us a note - we'll hopefully see you soon!
Posted by Scottish Genealogy Network at 16:03 No comments: