Visit to the John Gray Centre in Haddington 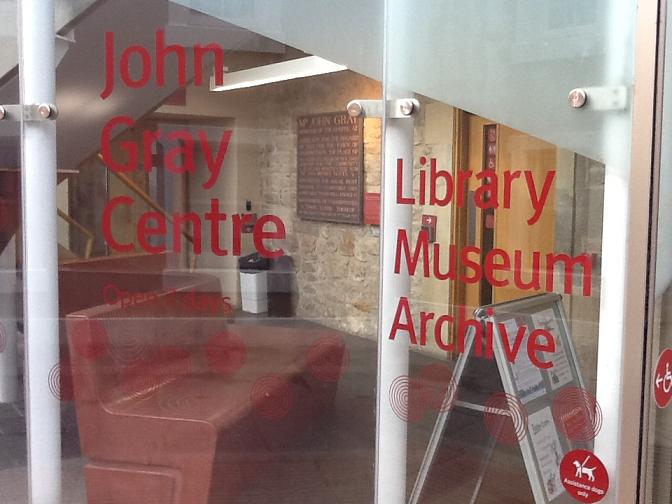 Today the Scottish Genealogy Network visited the John Gray Centre (www.johngraycentre.org) in Haddington, a library, museum and archive for East Lothian located at the very heart of the town, and which was opened just a couple of years ago.

Eleven fearless souls were welcomed by the staff and given a tour of the facilities. We were split into two groups, led by Hanita Ritchie and Ruth Fyfe, with both of them alternately showing us the facilities of the main family history library, and the archive in an adjoining room. In the main genealogy library we were shown how the facilities within the room were organised, with various resources such as an index for the Haddington Courier, the monumental inscriptions shelves, the maps cabinet, and the computer terminals providing access to one of the best archive platforms available online, which hosts a detailed catalogue for many of the centre's facilities. 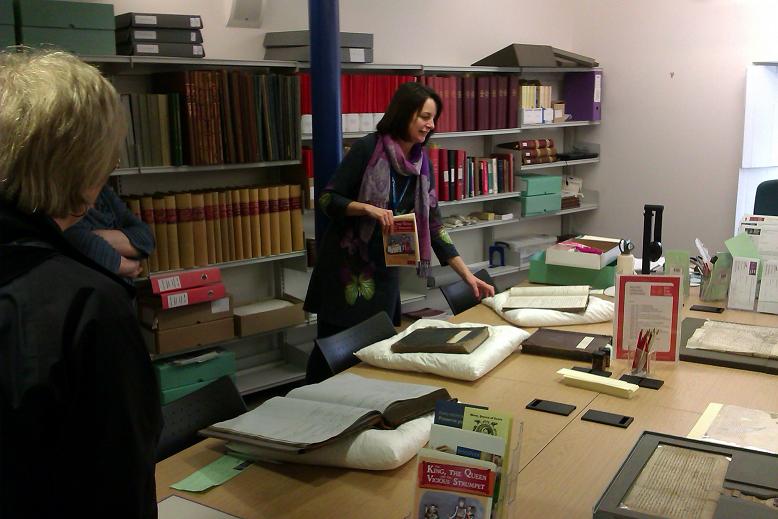 Amongst some of the treasures we were shown in the archive were a copy of a Charter of Confirmation from 1318 reconfirming Haddington's royal burgh status (with its original wax seal), criminal registers, a letter written and signed by Mary Queen of Scots, poor law records, and much more. We were also extremely privileged to be given behind the scenes access to the archive's storage facility on an upper floor, where it was explained to us that most of the archive's collections were kept, bar some of the more recent council records which are stored offsite at another facility. 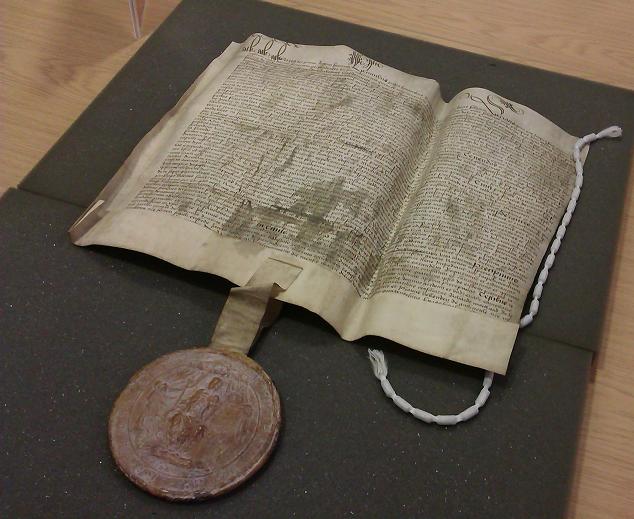 Ruth also explained the role of the recently established Friends of the John Gray Centre (www.johngraycentre.org/about/the-friends-of-the-john-gray-centre), whose members (including one of our party!) are currently indexing poor law records as part of a major digitisation project by the centre.

The centre has an active online presence in addition to its main website, you can find it on Facebook at https://www.facebook.com/JohnGrayCentre, on Twitter at https://twitter.com/JohnGrayCentre, on Flickr at http://www.flickr.com/photos/eastlothian/ and there is even a YouTube channel at https://www.youtube.com/user/DigitalMages - the following is a video for its current exhibition, The King, the Queen, and the Vicious Strumpet (we had a lot of fun trying to establish who the vicious strumpet was!), which continues at the centre until April 22nd:

A huge thanks to all who facilitated our visit, which was much appreciated by our members, and to Lorna Kinnaird and Emma Maxwell for arranging things from the SGN end.

The next meeting of the SGN will tie in with the SAFHS conference in Dunfermline on April 26th, and then we're heading north on May 9th and 10th to Highland Archives in Inverness for both a visit of the facility and for our third CPD event. If you work as a professional genealogist in Scotland, or professionally within an industry associated with genealogical research (universities, archives, libraries, etc) and wish to join our group, please e-mail our secretary, Emma Maxwell, for more information at scotsgenenet @ gmail.com. In the meantime, a few more pics from today! 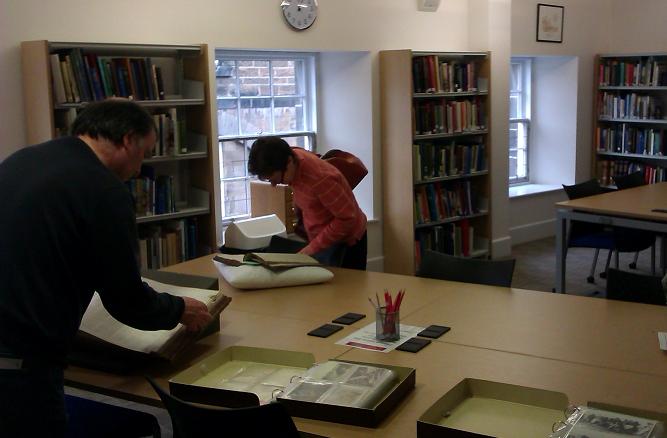 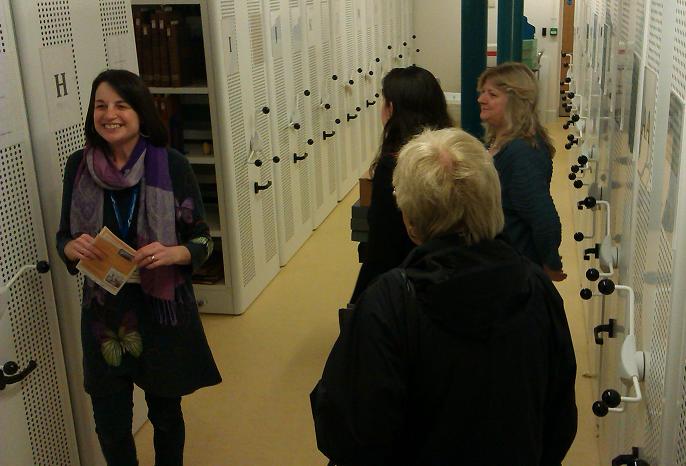 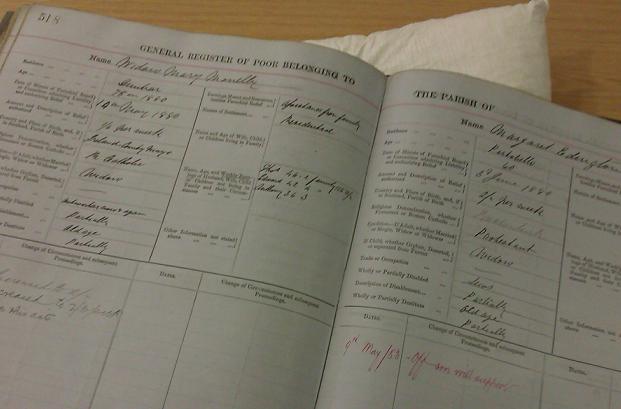 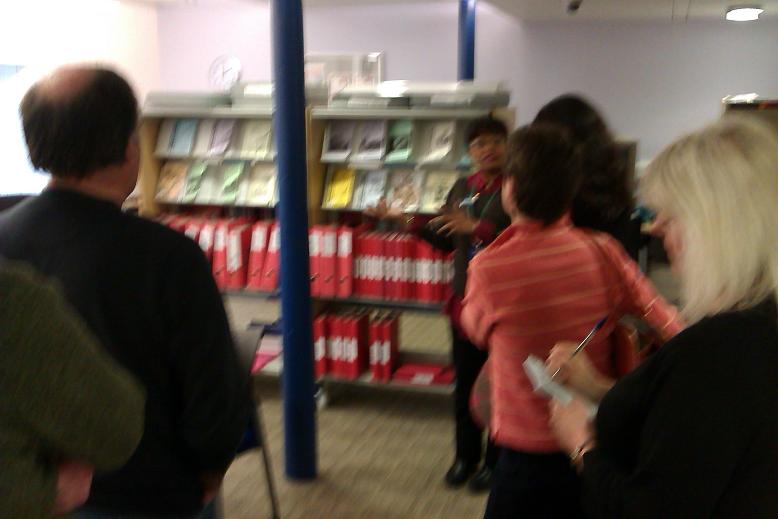